The symbolic interaction theory states that social interaction shapes the meaning we ascribe to objects, processes, and systems in society.

Individuals perceive the world in unique ways depending on their interpretations of language, concepts, events, and so on.

So, we can see here that it understand that our understanding of the world is subjective depending on who we are and who we interact with.

As a simple example, the word “dog” might evoke a fuzzy, heart-warming emotion in someone who has had mostly friendly experiences with dogs. But another person, who may have been bitten or attacked by dogs, may feel fear and revulsion.

Here’s another example. A mid-western American Christian might associate a cow with food. But a devout Hindu villager in India may have feelings of devotion to the cow on account of the animal being considered sacred in their religion.

There are two components of symbolic interactionism – symbol and interaction. 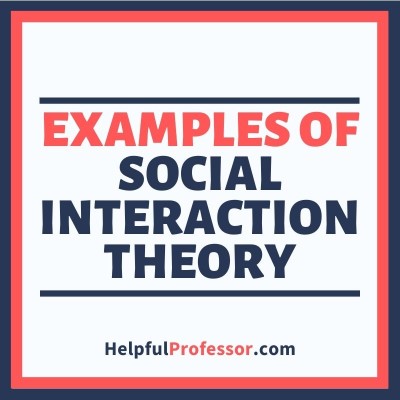 While it was George Herbert Mead who started the theory, it was Herbert Blumer who came up with the term ‘symbolic interactionism’.

Bloom also came up with what he called the three tenets of social interactionism:

Flags have for ages been symbolic of the collective values of a society. With the advent of modern nation-states from the 17th century onwards, flags have become potent symbols of nationalism. They evoke intense feelings of patriotism, passion, and nationalistic fervour among the citizenry.

However, such passions remain limited to the people whom the flag represents, and often, end abruptly at national borders.

In cases where bordering nations may be adversaries such as North and South Korea, Israel and Palestine, or India and Pakistan, the flag of a people living just across the national border might evoke feelings of hatred and enmity.

The differences in reactions is because of their experiences of growing up in a society in which the flag of the “enemy” is a symbol that has, through the process of social interaction, come to acquire connotations of undesirability.

Thus, the same symbol, i.e. the flag, evokes diametrically opposed emotions depending on the kind of interaction the people have had with it.

Every object ( blue/pink), activity (ballet/boxing), and process (sitting) in the world becomes a symbol whose meaning is learned by the child only through interaction with society – their parents, siblings, teachers, peers, films, television, etc.

In symbolic interactionism, our social networks strongly influence our beliefs and perceptions. This is evident in religious beliefs.

Here, we can see that our social networks impact our perception of the concept of God, and hugely shape our entire lives.

Young and old people often have very different understandings of emojis. An eggplant emoji may mean something harmless to one person, but in youth lexicon, it has a much more sinister meaning!

Emojis have become a standard language of expression in the age of mobile communication. There is an increasingly large number of emojis now available to convey a wide variety of emotional responses.

An appropriately emplaced emoji in a conversation can substitute an entire sentence’s worth of textual communication.

However, for people not familiar with electronic communication, such as senior citizens, people who are illiterate, the visually challenged, or the millions of poor in developing countries who do not have access to electronic devices, an emoji does not carry any meaning. It is simply a yellow, round symbol, whose meaning can be grasped only through an interaction with the social world of electronic communication.

Like emojis, memes are another cultural currency of the electronic world, albeit one that requires an even greater level of familiarity with, and immersion in, pop culture.

The communicative value of memes lies in the pop-cultural references they encapsulate. And since pop culture is fast-paced and effervescent, memes are highly subjective – a meme that one person may find extremely witty might be incomprehensible to another.

For instance, a meme based on a popular TV show such as Game of Thrones would carry any meaning only for those who are familiar with the universe of the TV series.

To everyone else, no matter how well-read they may be, the meme would be meaningless. The symbol of the meme thus becomes meaningful only through an interaction with the universe of the TV show.

We perceive the world through language. If certain words in certain languages carry specific connotations, we tend to internalize them and apply them to other categories.

Consider the word “black”, which in English, and many other languages, carries with it connotations of darkness, evil, undesirability, shame, and so on. This is witnessed in expressions such as “to have a black heart” ( to be evil), “to blacken someone’s face” (to humiliate someone), “black magic” ( evil magic), and so on.

In the 19th and 20th centuries, such symbols present in languages shaped people’s perceptions of Africans and sustained racism. Sociological and linguistic theory enabled us to see through the limitations of language and better address this problem.

7. The Looking Glass Self

The sociologist Charles Horton Cooley. gave the concept of the “Looking Glass Self” which became an important concept in the symbolic interaction theory.

According to Cooley, our self-image is shaped by how we think others perceive us.

We think of other people as mirrors who reflect our self back to us. Our self is thus constructed through our interactions with society (Cooley, 1902).

For example, if we feel as if people do not like us, we may start to think less of ourselves. Similarly, if someone sees us as a criminal, we may start to see ourselves as someone who is deviant (see: labelling theory of deviance).

Related to Cooley’s concept of the looking glass self is the modern psychological understanding of internalized stigma.

For instance, people who are perceived as deviants in society, may, on account of their previous interactions with others, begin to anticipate rejection and humiliation from all such possible interactions.

This can lead them to further become withdrawn, aloof, and thereby internalizing their stigma even more. (Link et al., 2015) This is similar to how secondary deviance works in society.

A cultural script is the prevailing social narrative in which a society thinks of itself as being emplaced, and according to which it fashions its own story. Our cultural script influences how we think.

Cultural scripts vary with time and geography. No one is born with an understanding of the prevailing cultural script of their times; it is learned only through a long process of interaction with the society at large (Conway, 1998).

For instance, the dominant cultural script of 19th century Europe, a time of intense changes brought about by the industrial revolution and the European colonization of much of the world, was one of scientific rationalism, the power and the absolute truth of science and reason, and notions of western superiority based on the inherent nobleness of the European race.

We find this is in the voluminous literature of the age – from fiction to poetry to autobiographies to histories.

By comparison, today, as the world stays bitterly divided over politics and truth, the dominant cultural script would be one of postmodern, post-truth chaos and anxiety, a shaken faith in the power of science, acceptance of the existence of many possibilities of truth and reality, non-binary gender roles and sexuality, multiculturalism, and so on.

Symbolic interactionism is a powerful sociological framework for understanding the world around us.

It becomes even more relevant today as the world becomes increasingly more interconnected through the internet, allowing us to interact more often and with more people.

We witness how our interactions over digital media shape our opinions. Think of the power social media giants such as Twitter and Facebook have over shaping public opinion, even though they themselves do not “create” any information.

There is increasing concern about how social media may be subverting democratic processes, especially in third-world countries. Their power to influence entire societies comes solely from their position as platforms enabling “interactions” in which “symbols” convey meanings to participants.

Goffman, E. (1963). Behavior in Public Places: Notes on the social organization of gatherings. The Free Press.