Organized crime, crime ghettoes, and public corruption can each be explained by and are examples of differential association theory in action.

There are two keywords in the term that make its meaning clearer- differential and association. Let’s look at each in turn.

Here are some definitions of the differential association theory:

The differential association theory was proposed by the American sociologist and criminologist, Edwin Sutherland. Sutherland is associated with the influential Chicago School of Sociology.

However, unlike other Chicago School sociologists, he was more concerned with white-collar crime than gang violence and juvenile delinquency.

In fact, Edwin Sutherland coined the very term white collar crime in a speech delivered to the American Sociological Association in 1939.

Sutherland defined the term as a:

Sutherland further explained that there are 9 principles of the differential association theory:

An example of differential association theory is the mafia: people become mafia members by growing up within its culture.

Organized crime families exist in almost all parts of the world, although the Italian-American Mafia is the most commonly known due to its depiction in popular culture.

Organized crime is  an area that other theories in criminology such as cultural deviance theory and social disorganization theory have proved inadequate to explain.

How does one explain the fact that not all members of crime families join in the criminal network despite having that cultural influence? In fact, at the peak of Mafia activity in America in the 1960s and 1970s, a significant proportion of the NYPD was made of Italian-Americans, with it not being unheard of for members of the same family to join either the NYPD or a crime family.

The differential association theory convincingly explains white-collar crimes, while most other deviance theories such as cultural deviance and social disorganization only focus on blue-collar crimes.

For instance, in a public office or a large corporation there might not exist a general culture of corruption. Far from it, there would be a constant motivation and exhortation to all employees to stick to the highest standards of moral and ethical conduct. Most employees therefore might be hardworking and upright. Thus there is no cultural influence for delinquency.

Also, given the high entry barriers to white collar jobs in the form of educational qualifications and social/cultural capital, most employees are unlikely to be first generation lower-class immigrants or products of any form of social disorganization.

A new employee in such an organization then has two spheres of influence – the larger organizational culture which is followed by most of the employees, and which is one of being earnest, upright, ethical, and a small subculture in which a tiny coterie of influential people are engaged in minor acts of transgression of the law.

But, according to differential association theory, if a new employee is sufficiently negatively influenced by a sub-culture within the workplace, the new employee might find themselves on the right or wrong side of the law.

Since an act of public corruption requires a very high level of technical acumen (for instance cooking the account books) that can only be learned in close, intimate contact with someone or a handful of people in a position of privilege and power, the transformation is a slow and gradual process that involves constant rationalizations and justifications to the self.

For instance, the employee might see others around him/her indulge in a minor transgressive act or a victimless crime such as using public/company funds for personal use and then replacing them before anyone notices. Over time, the new employee will learn, depending on the frequency, intimacy, and duration of their association with the perpetrators of such acts two things:

When Edwin Sutherland published his book White Collar Crime in 1949, the book was heavily censored as it contained the names of some of the leading American corporations of the day including Sears, Roebuck and Co., Paramount Pictures, Walt Disney, US Steel, and American Tobacco among others, that Sutherland had used as examples of differential learning of criminal behavior.

Sutherland was presenting the argument that when the employees of such well-regarded corporations indulged in breaches of the law (or white collar crime), they did not appear to have any previous criminal tendencies. However, in the various instances that they had transgressed the law, it was behavior intimately learned through prolonged, intimate associations with other white collar criminals, usually within the corporation, leading to rationalization of such behavior over time.

Sutherland had used extensive legal material from lawsuits, indictments, and court judgments against these corporations to show how differential association led to a gradual conditioning towards white-collar crime.

However, under pressure from the corporations, the original publisher, Indiana University Press was forced to censor out the names of individual corporations, replacing them with numbers and letters of the alphabet. It was not until 1983 that Yale University finally published the first uncensored version of the book (Sutherland, 1983).

Until Sutherland’s analysis and criticism of white collar crime, there remained much ambiguity regarding understanding of, and tolerance for white collar crime in America, with corporations often arguing that punishing such acts would be detrimental to overall business sentiment. This makes Edwin Sutherland’s contribution all the more significant.

In fact, the differential association theory is an example of interactionism. Interactionism states that human behavior is a product of interactions with other humans, situations, and surroundings. A key component of interactionism is the social construction of reality, which is, the manner in which individuals justify and present their actions both to themselves and to others.

A classic sociological text that deals with these ideas is Erving Goffman’s (1956) Presentation of the Self in Everyday Life. It is considered one of the most influential books in sociology. In the differential association theory too, an important part of learning criminal behavior is justifying acts of transgressions of the legal code both to the self and to others. Such rationalizations of transgressive behavior over time result in criminal behavior. 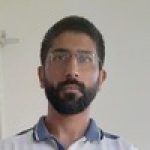 This Article was Last Expert Reviewed on January 22, 2023 by Chris Drew, PhD