Human capital refers to the value human beings contribute towards achieving the set goals of a given organization.

In other words, human capital is the value that human beings possess in the form of skills and abilities which can then be used to produce a desired output.

These qualities can be considered as “assets” which means they have the potential to generate a profitable or satisfying output through human labor.

Early modern proponents of the concept of Human Capital were Schultz and Becker in the 1960s. They are credited for the Human Capital Theory. Before them, Karl Marx had theorized that people traded their “labor power” in exchange for income.

In his paper titled The Complementary Roles of Human and Social Capital, Tom Schuller submits that:

Felix Maringe in International Encyclopedia of the Social and Behavioral Sciences (2015), supports this notion that the fundamental argument for investing in education is that it leads to economic growth through increased productivity, social stability, and healthier lifestyles.

In other words, a continuous investment in education and skills will result in a flourishing society through increased productivity.

The emphasis here is on the economic value of the acquired education, skills and knowledge.

Apart from education, health is a key driver of development. For example, countries that suffer from limited or unequal access to health or educational resources also suffer from depressed economies.

The physical and mental well-being of a person is one of the most important aspects of human capital.

This is because a fully healthy individual can add value to the society or organization by utilizing all the other skills and knowledge listed in the previous section.

As a result, every other human capital investment is ultimately dependent on the health condition of the person. Without physical, emotional and mental fitness, the majority, if not all, of the human capital functions are essentially worthless.

General or specialized knowledge are the products of formal or/and informal education.

Education is a vital asset of human capital as it facilitates the transfer and preservation of information or knowledge.

From early childhood learning to the highest level of education, the main goal of education is to acquire knowledge, which is a necessity for simple, everyday human life and even the most sophisticated tasks and projects.

Leroy Almendarez (2010) is of the notion that the human capital theory rests on the assumption that formal education is instrumental and necessary to improve the productive capacity of a population.

In short, human capital theorists argue that an educated population is a productive population.

Another product of education as a function of human capital is the ability to communicate effectively. Nowadays, communication is considered a necessary life skill.

In addition to education, specialized skills are also a valuable form of human capital.

There are different types of skills which range from technical, analytical, decision-making and problem-solving skills.

All these, when coordinated, are essential for an organization to attain its set goals. in today’s business world, phrases like ‘skilled,’ ‘semi-skilled,’ and ‘unskilled’ are often used to describe the various levels of skillsets in any given field. For example, ‘skilled computer programmer’ or ‘unskilled general workers.’

Time awareness, like communication, is an integral part of the production process. Time is the primary measure of progress and, ultimately, value.

One might be familiar with the common statement; “time is money.” Therefore, a punctual workforce translates to efficiency and timely achievement of set goals. this makes punctuality a critical human capital.

While there has been a widely accepted consensus among scholars, institutions and governments that human capital is a necessary aspect for productivity, it has not been totally immune to criticism.

However, in spite of these criticisms, human capital is still considered a useful asset in influencing productivity and human progress across different sectors.

This is why communities and governments are still heavily investing in education, health and  development of diverse skills in their societies.

Other Forms of Capital in Sociology

Education and health tend to be the most prominent forms of human capital investment. In many organizations, human capital is considered an asset as it contains value that can be positively tapped to influence productivity.

In capitalist thought, this productivity transmutes into better and healthier standards of living. 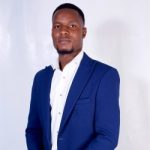 This Article was Last Expert Reviewed on December 25, 2022 by Chris Drew, PhD