Anticipatory socialization is a term introduced by sociologist Robert K. Merton in 1949 to define a process that facilitates individuals’ voluntary wish to join a group or the acquisition of a person’s new role.

Robert K. Merton defined anticipatory socialization as part of a study of the US Army, which found that privates who copied the attitudes and behaviors of officers had more chances to be promoted than those who did not.

In anticipatory socialization, individuals learn the characteristics, such as attitudes and values, of the role they are about to enter. This makes the transition and adjustment into new roles easier.

Anticipatory Socialization can be defined as the:

“Adoption of attitudes and values of a group to which one does not belong, serving the twin functions of facilitating a move into that group and easing the process of adjustment after becoming a member of it.” (Colman, 2008)

The process of anticipatory socialization is thus twofold, as it first helps the movement of the individual into a new role and second, it facilitates the adjustment to it.

There are five sources of anticipatory socialization:

The process of anticipatory socialization is facilitated by social interactions, through which people selectively acquire the values and attitudes, the interests, skills and knowledge – in short, the culture – current in the groups to which they are, or seek to become, a member”  (Merton et al, 1957)

Vocational anticipatory socialization refers to how individuals socialize, and develop a perception of the skills needed for a job, which can start in childhood. For example, a child whose father is a teacher builds and idea of the profession, supplemented by how teachers are depicted in movies.

Organizational anticipatory socialization is when trained individuals take a step towards acquiring the norms and values of their chosen career by, for example, taking part in an intern program.

Anticipatory socialization, as its name indicates, anticipates what the norms and values and the day-to-day of a new role will involve, helping individuals evaluate if the role will be right for them once they come to assume it.

The process occurs through conversation about retirement with friends and family.

Of special benefit is talking about it with people who have already retired, who can share tips, give general advice or clarify expectations about the experience of retiring.

Anticipatory socialization in retirement increases the likelihood of other necessary planning behaviors, like setting financial and leisure goals. All this information is necessary to facilitate the retirement transition.

Preparing for adoption can be considered part of an anticipatory socialization process.

For example, in order to prepare to become an adoptive parent, people may hire a lawyer who specializes in adoption as a first step.

Other strategies used to adopt may be joining online forums for adoptive parents and chat with other families about their adoption experiences.

Attending meetings to learn about the adoption process, what it’s like to be adoptive parents or how to prepare for parenthood is also an example of anticipatory socialization.

Also, attending playgroups, or socializing with friends and family with children can ease the transition into being adoptive parents.

Living together before marriage, known as cohabitation, can be taken as an example of anticipatory socialization.

By sharing a home before taking the big step to get legally married, couples can know what is to come in marriage.

Cohabitation offers the opportunity to know how the day to day life is going to be: from practical organization, dealing with conflict or with financial issues.

This includes, how housework, like cleaning, cooking or food shopping, is organized. Also, cohabitation offers practice on how to resolve problems, from emotional to practical ones.

Cohabitation may not be a guarantee that a marriage will work long-term, but it helps recreate what it can be like.

Nowadays, thanks to ultrasound technology and regular routine checks, pregnant women and their partners can know the sex of their unborn baby months before the birth. So it is common to know whether a girl or a boy is on the way.

Knowing the sex of the baby appears to have an impact on how women engage in communication with their fetus, as they start having gendered verbal interactions during pregnancy.

This is regarded as a form of anticipatory socialization. Women start putting into practice the behaviors associated with being either a mother of a son or mother of a daughter, interacting in gendered ways even before the birth.

Nursing is one of the many professions, like others, in which anticipatory socialization plays a role.

People who decide to become a nurse may have started the socialization process early on, through conversations with family members who are in the profession, or through media imagery.

In the nursing profession they called “clinicals” to the practical training that students undergo. During “clinicals”, under the supervision of qualified nurses, students perform nursing tasks in real health care settings. This is how they learn what the day-to-day of nursing entails.

Just like in other occupations, anticipatory socialization prepares individuals for the real job and helps them acquire the values and attitudes needed to become professionals.

Anticipatory socialization is a process that individuals voluntarily undergo in order to prepare for a new role that they want to do, or to join a new group. It involves learning about the values, norms and behaviors needed to join a new group or perform a role.

Anticipatory socialization, is like a window into the future, and it helps individuals evaluate if the role will be right for them once they come to assume it. 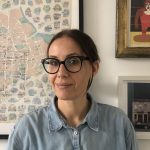 This Article was Last Expert Reviewed on December 29, 2022 by Chris Drew, PhD