Social penetration theory, developed by Irwin Altman and Dalmas Taylor, is an important concept in psychology that states that as relationships progress, the individuals involved will become closer and share more personal information with one another.

Carpenter & Greene (2015) show that the onion analogy is a fitting illustration for outlining the workings of social penetration theory.

They explain that takes a significant amount of time to get to a person’s “core self”, which often contains the most intimate details about that person. Like the layers of an onion, a person has a superficial outer layer, a more personal middle layers, inner layers, and a core personality (p. 1-2).

According Altman and Taylor, there are four distinct stages in a relationship, coupled with the possibility of a fifth phase that can occur known as social depenetration.

“…as people continue to interact and maintain a relationship, they gradually move toward deeper areas of their mutual personalities through the use of words, bodily behavior, and environmental behaviors” (p. 27).

This process is called self-disclosure, and according to Altman & Taylor (1973), the longer people interact, the more they disclose about themselves personally(pp. 26-29).

During the orientation phase, because of the newness of a certain relationship, people tend to be careful not to provide too much information about themselves.

Example: Michael starts a new school as a transfer student. It is his first day, and he briefly talks to a few people about class schedules and rules.

In the second stage of the relationship process, known as the exploratory phase, people tend to divulge more personal information, the shallowness of conversations begins to subside, and people open up to becoming more casual with one another.

This phase has been studied extensively by sales managers/business managers to better understand how to build lasting relationships with their customers.

Many business relationships tend to not make it past the exploratory phase, and some companies believe if they can reach the next phase of communication with their customers, it will in higher sales numbers for their company (Mangus et al., 2020, pp.375-380).

Example: Jane is meeting her co-workers for the 2nd or 3rd time. They can get to know each other better, and they casually their share beliefs about social media.

During the affective exchange phase of communication, there is a more relaxed atmosphere where people feel comfortable enough to share more personal information. There is also an atmosphere of openness and familiarity.

Example: James meets his wife’s parents for the fourth time, and they playfully joke around, and discuss Christmas plans with the family.

The final phase, the stable exchange phase, tends to be conversations regarding private or sensitive topics.

It is often truthful, candid, and both people do not hold back emotions or opinions that they might have.

Example: You are sharing a difficult situation you experienced with a close friend, and asking for advice on what to do next.

In some scenarios, social separation, or social depenetration stage, can take place. This can be a result of an argument, or another event.

Example: After a break-up or divorce, two people in a relationship stop communicating with each-other.

One of the key strengths of the social penetration theory is its simplicity. It provides a useful framework for understanding how people interact and how relationships develop over time.

The theory is able to account for the differences between individuals, as well as the differences in the level of intimacy that they feel comfortable sharing with one another.

A variety of research studies support the social penetration theory, and justify idea it proposes on levels of self-disclosure.

Researchers Tang & Wang (2012) suggest, that even though technology and anonymity on the internet and social media platforms have become an everyday method of communication.

When social penetration theory was applied to the context of internet blogging, it revealed that bloggers disclose their thoughts, feelings, and experiences to their best friends in the real world with more depth and sincerity, than they did their online audiences (p. 247).

This supports social penetration theory in that it reveals that online acquaintances are not privy to the same level of intimate knowledge as a person in the bloggers real-life inner circle.

Trefalt (2013) also confirms the validity of social penetration theory in her research related to work and non-work co-worker relationships.

She used four categories to exemplify relationships in the workplace: new, leery, close, and establish.

In the interviews she conducted with members of a law firm, she found that the social boundaries between co-workers became less constrained as they moved towards a more established relationship (pp. 1809-1812).

Some have argued that the theory fails to account for the complexity of relationships and the fact that relationships can progress at different speeds.

Additionally, critics have commented that the theory does not explain the nuances of why some relationships are more successful than others.

In reference to the limited scope of the social penetration theory, Greene & Carpenter (2016) suggest that the theory is only applicable to the explanation of early stages of relationship building and how some romantic relationships grow over time; it does not apply well with regards to more complex connections such as coworkers, neighbors, or online acquaintances who interact on the internet .

They say that there is a statistical lack of evidence to support the theory, and they argue that the deepening of some relationships does not follow a linear pattern (Greene & Carpenter, 2016, p.4-5).

“…one-to-one and face-to-face contexts of communication…this classical model does not seem to fit well with the one-to-many modes of communicating of SNS” that exist in the modern world (p.188).

Altman, I. (1973). Social penetration: The development of interpersonal relationships. Holt, Rinehart and Winston. 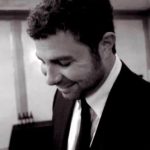 This Article was Last Expert Reviewed on December 14, 2022 by Chris Drew, PhD