Social Control Theory argues that individuals will engage in criminal or deviant behavior if they are not controlled.

According to Hirschi, individuals who have strong social bonds are less likely to commit crime or delinquency. This is why Hirschi’s theory is also referred to as the social bond theory (Pratt et al., 2010).

Despite its influence on sociology and criminology, the social control theory is criticized for its overly generalized view of human nature and social institutions.

Social control theory is based on the perspective of Hirschi, who argued that individuals have to be socially controlled in order to not commit crime (Hirschi, 1969; Pratt et al., 2010).

According to this theory, social bonds control individuals by keeping them engaged with social norms and values.

Hirschi argued that having strong attachments to one’s family and community, and commitment to following rules and laws preserve social order in a society (Hirschi, 1969; Pratt et al., 2010).

Being involved with day to day routines such as going to work or school, and having a strong belief system are also parts of the social bonds.

Social control theory can be defined as a perspective that suggests that having significant social bonds discourage individuals from deviant or criminal behavior and maintain social control.

The theory argues that there are four types of social bonds:

These bonds refer to different types of ties and connections that individuals have to social norms and values (Hirschi, 1969; Pratt et al., 2010).

These types refer to the different ways in which control is asserted over individuals.

Types of Bonds in Control Theory

Bonds of attachment refer to our social ties to other people and members of our communities. These include our relationships and connections with parents, family, friends, and peers.

According to Social Control Theory, the stronger one’s bonds of attachment are, the less they are likely to commit crime or delinquency.

An example to the role of attachment in social control is the argument that children with absent parents develop criminal or deviant tendencies (Hirschi, 1969; Pratt et al., 2010).

Hirschi argued that attachment is the most important type of social bonds, as it develops an individual’s sense of empathy towards others (Pittaro, 2007).

Commitment is one of the four social bonds, which refers to individuals’ commitment to following rules and laws and to avoiding negative legal consequences.

An example of commitment can be paying a car parking ticket in order to avoid receiving overdue penalties.

Another type of social bond is being involved with socially accepted activities and routines.

These include day to day activities such as going to work or school or doing housekeeping chores.

Involvement discourages crime and deviance since they are time consuming and they provide individuals with more things to lose, such as a career or a family life (Hirschi, 1969; Pratt et al., 2010).

In addition, involvement in these social activities constantly expose people to norms and values of the society.

The last type of social bonds is belief, which refers to one’s faith, value system, or ideology.

Having belief does not necessarily mean participating in an organized religious system. However, an individual’s belief system often includes their understanding of ethics and morality, which prevent them from committing crime (Hirschi, 1969; Pratt et al., 2010).

An example of belief as a social bond can be someone not seeking revenge after being wronged, due to their belief in karma or divine justice.

Types of Control in Control Theory

Centralized control refers to social control that is based on administrative policies or governmental rules and laws.

Centralized control leads to the establishment of standardized rules and restrictions.

Hierarchy is an important component of creating and enforcing centralized control. Therefore, it is also referred to as bureaucratic control (see also: bureaucratic theory of management).

The second type of social control is decentralized control, which is also known as market control.

Decentralized control is enforced through demand and supply, commodity and service prices, and competition. Individuals’ behaviors and desires are controlled through market control.

An example of this type of control can be the association of expensive smartphones with a higher social status, making this commodity desirable.

The last type of social control is a mix of centralized and decentralized control, which is known as mixed control.

Mixed control takes place through the establishment of social norms, values, and traditions.

An example of mixed control is clan control, which refers to companies and other organizations creating a common culture around shared values and traditions.

While social control theory is very influential in criminology, there are several criticisms directed to it.

Social control theory is based on the perspective of Hirschi, who argued that humans need to be socially controlled in order to not commit crime or deviant behavior. According to this theory, individuals need to be controlled by social bonds, which keep them engaged with social norms and values and discourage them from criminal behavior.

The four types of social bonds include attachment, commitment, involvement, and belief.

Examples of social control include refraining from driving under influence of alcohol in order to avoid legal consequences, in accordance with commitment to laws.

Despite its significant influences in criminology, the social control theory is criticized for its disregard of collective crimes, individual motivations, and social institutions that can encourage crime. 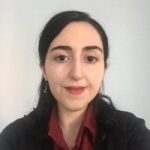