Dependency theory explains the global economic system by describing how developing countries depend on developed countries for economic growth.

At the same time, the wealth of developed countries is built on the exploitation of developing countries, portraying this through a model of “peripheral” and “core” economies.

Resources flow from poor “peripheral” states to a “core” of wealthy states in the form of cheap labor and raw material.

This movement enriches the latter while exploiting the former. It forces the poor countries to become dependent on exports to wealthier countries, hindering their industrial growth and not allowing them to become self-sufficient.

In short, dependency theory argues that the global economic system works in a way that benefits wealthy countries at the expense of poor ones. Dependency can take various forms, such as the transfer of technology, financial aid, trade policies, etc.

Lustig defines dependency theory as a:

“body of thought that explains the persistent poverty of most developing countries by the fact that they are dependent on advanced countries for trade, investment, and technological progress” (Lustig, 1977)

Lustig’s definition emphasizes how poor states depend on wealthy ones for the three crucial necessities of growth—trade, investment, and technology.

This dependency perpetuates a cycle of poverty and underdevelopment among the poor states.

Dependency theory originated in 1949 in the work of Hans Singer and Raúl Prebisch.

The two economists described how the terms of trade for developing countries had deteriorated over time: they were able to buy lesser and lesser manufactured goods from developed countries in exchange for their raw materials.

The dependency theory grew as a reaction to modernization theory, which stated that all societies progress through similar stages of development; developing countries are in a stage similar to that of developed countries from an earlier period.

So, by accelerating the (supposed) common path of development through investment & technology, poor countries can develop. Dependency theory rejected this view by stating that poor countries are not simply primitive versions of wealthy ones.

Instead, they have their own unique structures and features. Moreover, the theorists highlighted how developing countries are exploited in the global economic system, which is responsible for their poverty.

1. Technology at the center of dependency

While schools within dependency theory differ in some ways, they all agree that technology lies at the crux of dependency.

As Matias Vernengo says, the “inability of the periphery to develop an autonomous and dynamic process of technological innovation” is the chief cause of dependency (2004).

He adds that foreign capital only leads to a limited transmission of technology, not the process of innovation itself.

For example, Armenia is rich in mineral ores but lacks the technology to turn these into high-value consumer goods. As such, it has to export these to other nations, like Russia.

The process began with the transatlantic slave trade, which forcefully removed millions of Africans from their continent, disrupting their society and economy. Then came European colonization, which exploited Africa’s natural resources.

Even after the end of colonialism, exploitation continued because Africa remained dependent on Europe and the global economic system for financial aid, trade, and other forms of support.

These two are essential for development. The country needs to produce more than it needs for subsistence, that is, a surplus.

Plus, some of this surplus needs to be used for capital accumulation—the purchase of new means of production.

The problem with poor countries is that they are unable to undertake these two. In earlier times, they relied on agriculture, where the surplus went to landowners. These landowners spent it on luxury items, so very little was invested in capital accumulation.

In recent times, poor countries do have industries, but these often rely on foreigners. The surplus now goes to foreign shareholders as profit or is spent on consumption like in earlier times. So, there is again no capital for investment.
Baran argued that a political revolution is needed to break this cycle.

Critiques and Criticisms of Dependency Theory

Dependency theory has had a significant impact on the way economists and policymakers approach the issue of development, but it has also faced criticism, especially from free-market economists.

Overall, these criticisms emphasize the need to consider a range of factors (both internal and external) in understanding and addressing economic development.

Dependency theory portrays the world economy in terms of the flow of resources from “periphery” to “core” economies, which exploits the former and enriches the latter.

The theory highlights the importance of the global economic system in shaping a country’s economic development, emphasizing how poor countries must break out of their dependency on wealthier ones to achieve growth. It has also been a subject of much debate and criticism. 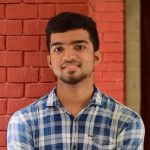