From your very first assignment at university you will be assessed on how well you have shown critical thinking.

This is particularly important when you’re asked to write a Critical Analysis or Critical Appraisal.

The article outlines these 5 critical thinking strategies to use in an essay:

What is Critical Thinking?

Critical thinking is something many students struggle with but it shouldn’t be too hard once you learn some strategies for showing critical insights.

Often, students will get feedback from their teacher saying that they need to be ‘more critical’ or show ‘more depth’.

Other times, teachers can’t explain why you didn’t get a higher mark. These teachers have an implicit understanding that they are looking for critical thinking but don’t know how to say it.

In other words, critical thinking is very poorly taught and understood in universities. Teachers just assume you’ll learn it by osmosis.

The further up you go at university, the higher the standard is for critical thinking.

If you’re in your first year of a four-year degree, you’ll want to start practicing providing critical commentary in your essays now. As you go through university you will be asked to write critical analysis and critical appraisal essays (such as character analysis essays).

Below are our top strategies for including critical thinking in a critical analysis essay. These are very simple and easy strategies you can use straight away to start building your marks.

Being critical in essay writing is very, very different to being a critical person in everyday life. We tend to think of critical people as being endlessly negative, bossy and hard to be around.

In academic writing, being critical is about:

This time-tested strategy for improving your critical thinking is worth your time and effort. Many students don’t know where to start out in writing a critical essay. They should look no further than the pros-cons list.

This list not only offers you the opportunity to identify both strengths and weaknesses of a certain topic, it also helps you to sort out in your mind what you want to write about in your critical analysis, and in what order.

You will want to come up with more points for longer essays. A good guide is either:

Obviously, this isn’t an exact science. As you progress into the higher-level university classes, you might find you need 300 or 400 words for each point you want to make, meaning you’ll want far less points in order to go into the sort of depth required in a higher-level course.

You’ll also want to make sure your pros and cons are somewhat balanced. Sometimes, you’ll end up with more pros than cons – and that’s okay. But make sure that you have a healthy ratio of pros an cons (strengths and weaknesses) of your essay topic or argument.

After writing the pros and cons list, you’ll be able to turn each of your key points into full, detailed paragraphs that explore both the strengths and weaknesses of the critical analysis essay topic.

Venn Diagrams are another great tool for helping you with your critical thinking in a critical analysis essay. They help provide even more depth than a pros-cons list, and I strongly recommend them as a starting point for critical essays. 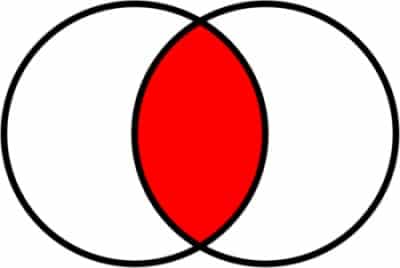 Venn Diagrams give you the opportunity to think about the differences and similarities between two arguments or ideas that you are comparing.

This will enable you to show that you don’t just see the strengths and weaknesses of ideas, but also how certain ideas intersect and overlap. This looks very, very good and you will grow your marks in your essay if you get this right – big time!

Let’s look at an example. A fun, easy to understand Venn Diagram might be a comparison of living in England and the United States. Most people have a general understanding of these two countries, so you’ll be able to follow along.

For the sake of this exercise, let’s say the essay topic is “A critical essay on migration from the United States to England” Here’s my brainstormed Venn Diagram:

In the above Venn Diagram, I’ve come up with 15 points that could be discussed about the United States and England, showing similarities, differences, and some benefits and weaknesses of each country. This would be a great starting point for my critical essay.

Be careful to ensure you identify a lot of similarities / overlaps. This is the hardest part of a Venn diagram to fill-in, but it’s also the most important. Identifying similarities between competing perspectives looks very good in a critical essay.

After completing your Venn, you need to think about how you’d turn the points you brainstormed into paragraphs for a critical essay. In the above example, I would reflect on how I would turn my key points from each of the different columns into full detailed paragraphs and think about how I’d order them.

I could talk about the United States, then England, and then the similarities between them. Or, I could dissect the essay into themes like ‘Weather’, ‘Healthcare’, ‘Standard of Living’ and ‘Travel’. Let’s look at a quick essay plan for dividing my key points from my Venn Diagram activity into themes:

Here, I’ve used my initial Venn Diagram brainstorming activity to come up with some key points that show strengths and weaknesses of each perspective, as well as points of overlap.

The strength of the Venn Diagram is that is forces you to consider similarities between ideas – something that a pros-cons list does not do. This can mean the difference between several marks in an essay, so I recommend using a Venn Diagram in the early stages of brainstorming if it’s appropriate to your critical analysis topic.

3. Reference People who Disagree with Each Other

You might not personally believe some criticisms of your ideas to be weaknesses, but you’ll need to put yourself in someone else’s shoes for a few moments to show that you understand an issue from multiple perspectives.

Nonetheless, the first step in showing different perspectives in a critical appraisal essay is finding people who have disagreements on each point you discuss.

To find competing perspectives on an issue, you might want to look at some of these places for good quality scholarly sources:

Once you have successfully identified the multiple different perspectives on an issue, explained them in detail and given examples, you’ll then be able to explain why or why not a criticism is valid. It is okay to say “Despite the criticisms of this idea, it remains a valid and useful idea because…” and end your discussion with a strong point returning to why you prefer one point over another.

You could combine steps 2 and 3. If you find two authors who disagree on an issue, place the authors’ names at the top of each circle in a Venn Diagram and come up with some bullet points showing unique perspectives of each author as well as points where they overlap. This will help you to grow your marks even more.

Comparative language can be very useful for a critical analysis essay. The best place to use comparative words is at the start of a paragraph to indicate that the new paragraph is intended to be compared to the previous one.

Your marker will be scanning through your work looking for evidence of critical thinking. Sometimes you’ll try to show differences or similarities between ideas but these comparisons don’t jump out of your page.

Bear in mind that your marker has probably already read 20,000+ words this weekend: they’re prone to zoning-out and missing points if they’re not blatantly obvious. I’ll repeat it again: make your critical analysis obvious for your marker by using comparative terms at the start of paragraphs.

A marker will always read the first line of a paragraph. After the first line, their attention wanes. If the paragraph stops making sense, they might write it off entirely and move onto the next paragraph.

Therefore, you want to make your comparative word the first word of the paragraph. Follow it up with a comma, and continue writing.

I would recommend simply remembering the above five phrases and rotating between them when using comparative language at the start of a paragraph. However, I provide below a more detailed explanation behind this point for those of you who are interested.

Here’s some examples of what I mean by only some comparative words being allowed at the beginning of a sentence:

Note above that ‘However’ can be used to imply [X] was already stated in the prior sentence or paragraph, while ‘Although’ cannot.

If you’re confused by this, simply rotate between the 5 comparative terms in Table 1 when using comparative language at the start of a sentence or paragraph.

In fact, comparative terms are a type of evaluative term.

Evaluative terms show that you haven’t taken an idea for its face value. They show that, instead, you have analysed the merits of an idea and weighed them up in your mind.

Using evaluative terms is difficult. You want to avoid overly evaluative terms that appear to exaggerate or insert emotion. However, you still want to show that you have weighed up an idea and soberly, objectively and thoughtfully assessed it on its merits.

Hopefully you can see from the above examples that balanced and equivocal language is rewarded in academic writing. Aim to evaluate concepts in a balanced way, never speaking in absolutes, in order to strike the right tone and get the best marks.

To finish this point off, another thing to remember when being evaluative is to avoid first person language. In other words, your evaluative phrases should not start with ‘I think’ or ‘I believe’.

Many of the ideas presented in this post are complemented by our post on which words to use and avoid in academic writing. I’d strongly recommend quickly browsing that post, which provides three simple points about how to keep your language calm, balanced and critical to get the top marks in your essays.